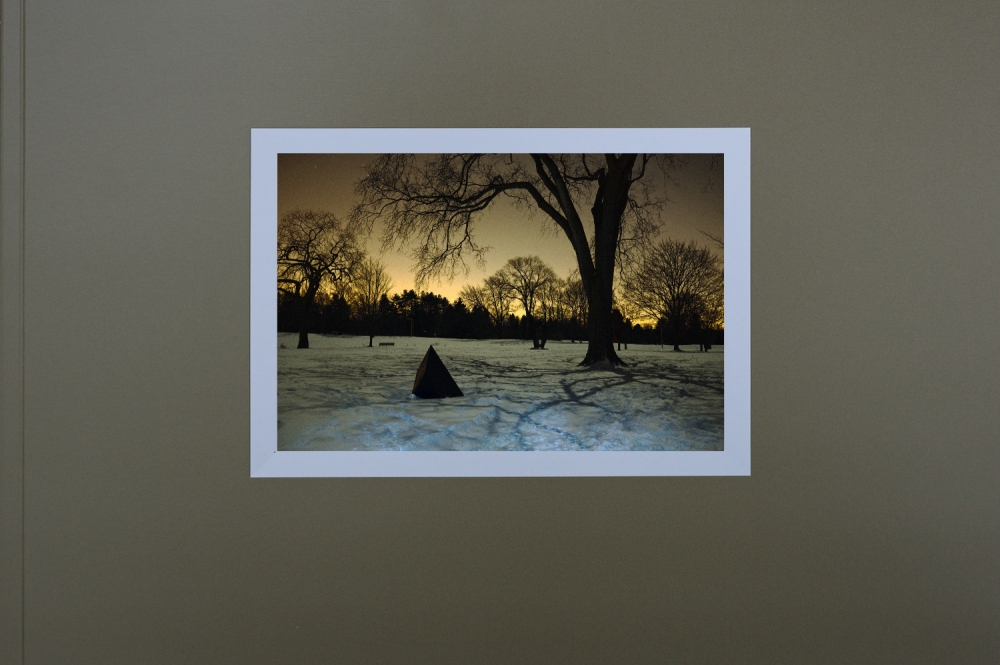 In a series of extended residencies beginning in the summer of 2013, Dan Torop made photographs at the Lynden Sculpture Garden that integrate an historical text--Meriwether Lewis’s June 14, 1805 diary entry describing a day and night in the environs of the Great Falls of the Missouri River--with present day visual investigations. Dan Torop: Frozen World, includes twenty-two images culled from a year's work, Meriwether Lewis’s journal entry, and an essay by Nicholas Frank that continues the dialogue with Lynden's landscape and history. The publication coincides with the 210th anniversary of Meriwether Lewis’s narrative.