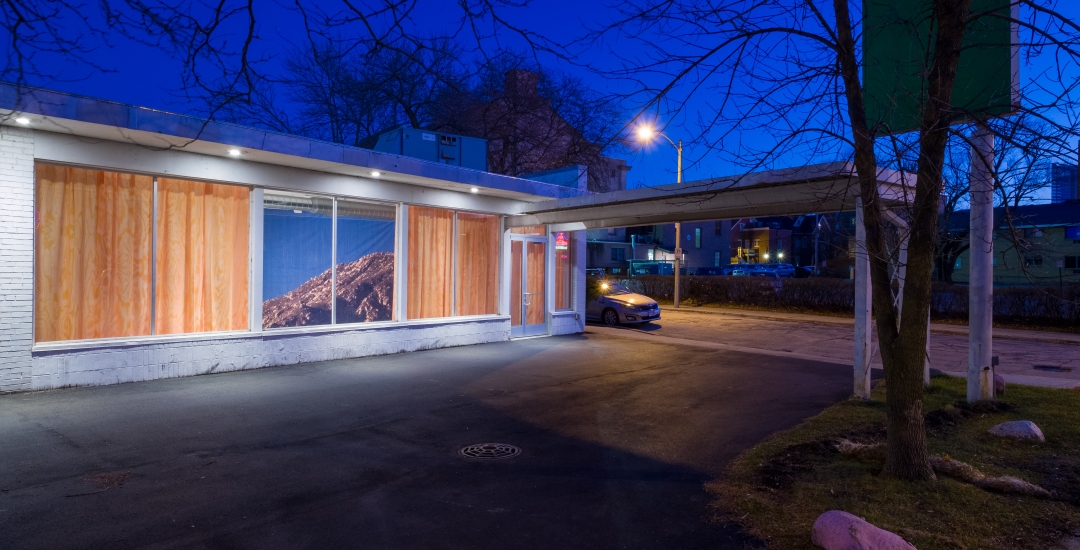 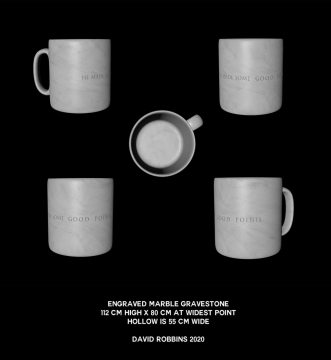 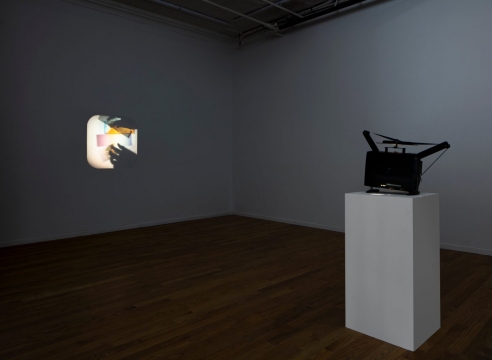 Sky Hopinka reviewed in The New Yorker by Andrea Scott 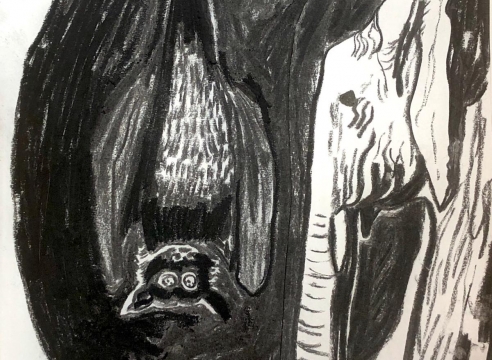 Tune in weekly for another exciting installment of THE LONG CONVERSATION a serial radio play by Stephanie Barber & Xav Leplae. 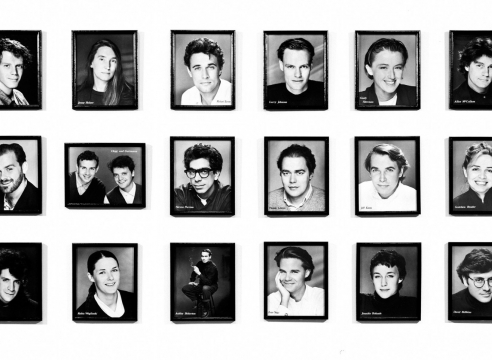 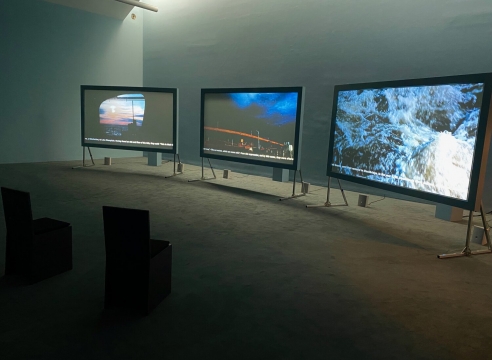 The Green Gallery is pleased to announce two New York exhibitions by Sky Hopinka opening this month:
LORE at Broadway in collaboration with The Green Gallery
&
Sky Hopinka: Centers of Somewhere at the Hessel Museum CCS Bard

Broadway
373 Broadway
New York, NY 10013
October 10 - November 14, 2020
Opening Reception: Saturday, October 10, 11am-6pm
The artist will be present 4-6pm
Sky Hopinka: LORE
visit:
https://broadwaygallery.nyc/
For its inaugural exhibition, Broadway is pleased to present Lore, a solo show by artist and filmmaker Sky Hopinka. Centered around a 16mm looping film projection and including a suite of photographs hand-inscribed with related texts, the show succinctly encapsulates Hopinka’s ambitious and wide-ranging practice. Harnessing modes of filmmaking from feature-length non-fiction to skewed documentary to poetic experimental reveries, the artist enlists image, music and language in penetrating the spectral condition of a perpetual afterlife that infuses contemporary Indigenous existence—and that this medium so effectively evokes in his hands.
The titular film, which depicts the artist arranging and rearranging cut-up photographs on an illuminated overhead projector, takes its cue from Nostalgia (1971) the seminal experimental film by Hollis Frampton. In Frampton’s film, the narrator intones anecdotes relating to his artist friends and romantic entanglements as we watch photographs burn to ash atop a hotplate. With Lore Hopinka dramatically expands on this format, pushing the voice and image connections further afield into the landscape and into a more complex and poetic personal narrative that engages performative collage in real-time. As the photographs accumulate on the overhead projector, we see and hear a band rehearsing a melancholy song that slowly builds into an insistent, casually beautiful version of Bo Didley’s Heart O Matic Love—added layers of specificity and broader raw emotion that intercut the artist’s oblique voiceover of a dissolving romance.
As a member of the Ho-Chunk Nation, and a fluent speaker of Chunk Wawa and active in Indigenous language revitalization, a consistent thread of translation, subtitling and multi-lingual voiceover runs through Hopinka’s practice as a whole. The slippage of meaning across these modes of expression, as well as the ways in which text and poetry (written, spoken and sung) remain in subtle friction with the imagery of the films and photographs is at the vital core of this work. The yearning incantations of the individual are overlapped with the specific political realities of a community and manifested with a strategy of presentation that straddles definitions of art, cinema and literature.
This exhibition is presented in collaboration with The Green Gallery, Milwaukee.

Hessel Museum of Art CCS BARD
33 Garden Rd
Annandale-On-Hudson, NY 12504
October 17, 2020 - February 14, 2021
Sky Hopinka: Centers of Somewhere
visit:
https://ccs.bard.edu/museum/exhibitions/560-sky-hopinka-centers-of-somewhere
Sky Hopinka: Centers of Somewhere is the first solo museum exhibition of artist and filmmaker Sky Hopinka (born 1984 in Ferndale, Washington).
A member of the Ho-Chunk Nation of Wisconsin and the Pechanga Band of Luiseño Indians, Hopinka has become recognized for video work that centers around personal positions of Indigenous homeland and that explores language as a container of culture. Within the trajectory of experimental cinema, Hopinka contributes to the development of Native aesthetics, insisting on a profoundly subjective position that destabilizes entrenched colonial perspectives and related descriptions of land, sky, sea, myth, place, and personhood. Significant to his work is the study and teaching of the near extinct Indigenous language chinuk wawa. His films are sometimes subtitled in English and chinuk wawa or his Native language Hočąk, and move between concepts in each linguistic system to destabilize and question them.
Centers of Somewhere will present a newly commissioned, multi-channel work Here you are before the trees (2020), alongside a selection of recent videos and photography. The newly commissioned work will explore Indigenous histories of the Hudson Valley as they are connected to other regions in the U.S. Each channel of the new installation will focus on a different aspect of these landscapes, including the Stockbridge Munsee Band of Mohican Indians who were relocated from the Hudson Valley region to Wisconsin near Hopinka’s tribal homeland. The installation also incorporates research on Henry Roe Cloud, a Ho-Chunk tribal member from Wisconsin who was a contributor to the Merriam Report of 1928 as well as the prolific and influential writer Vine Deloria Jr. and his father, Vine Deloria Sr. who was a graduate of St. Stephen’s College, Bard’s first incarnation. Centers of Somewhere will also present a new series of sixteen photographs entitled Breathings (2020) that were shot throughout the U.S. in 2020. While the photographs within the Breathings series range in locations and subject matter, a text binds them, with its handwritten lines encircling the borders of each image. For instance, a line around a cold Chicago intersection devoid of people reads: “I think of my home tonight. I don’t have any resolutions, but I’ve felt so much through these streets, these neighborhoods. This land and this Land hold so much, and this pain and this Pain call for salves we already have, still needing to be wrapped and poulticed.”
Centers of Somewhere also includes several short video works by Hopinka including Dislocation Blues (2017), an experimental documentary of the Standing Rock protests, offering what the artist calls an “incomplete and imperfect portrait of reflections” around the historic event and its potential; Jáaji Approx (2015), which layers recordings of Hopinka’s father over landscapes that the two (father and son) have separately traveled; and, I’ll Remember You as You Were, not as What You’ll Become (2016), an elegy to poet Diane Burns (Chemehuevi/ Anishinabe) that meditates on mortality, afterlife and reincarnation.
Sky Hopinka: Centers of Somewhere is curated by Lauren Cornell, Director of the Graduate Program and Chief Curator, CCS Bard. A series of on-line public programs for Centers of Somewhere will be organized by Cornell and Dr. Christian Ayne Crouch, Associate Professor of History, Bard College. The first virtual event will take place on October 19th at 5 p.m. In this special presentation, Heather Bruegl, Director of Cultural Affairs for the Stockbridge Munsee Community, will provide an overview of local history with an aim to restore Native presence at Bard College. This activation, issued from the community’s current home in Wisconsin, acknowledges the continuing Mohican and Munsee relationship to their homelands. For registration for this virtual event please click here. As others are announced they will be available for registation here.
Alongside Centers of Somewhere, CCS Bard will co-publish Perfidia a book of Hopinka’s writings with Wendy’s Subway, a non-profit reading room, writing space, and independent publisher located in Bushwick, Brooklyn. The book will also feature an essay by Julie Niemi, independent curator and CCS Bard Alum 2017.