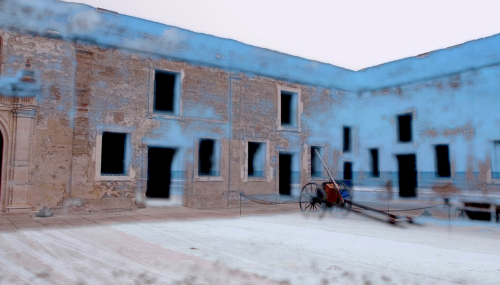 Sky Hopinka is a member of the Ho-Chunk Nation and a Pechanga descendent. He was born and raised in Washington State and Southern California, and spent a number of years in Portland, Oregon, and Milwaukee, Wisconsin. In Portland he studied and taught chinuk wawa, a language indigenous to the Lower Columbia River Basin and first began making films. His video work centers around personal positions of Indigenous homeland and landscape, designs of language as containers of culture, and the play between the known and the unknowable. He was recently a fellow at the Radcliffe Institute for Advanced Study at Harvard University and Sundance Art of Nonfiction Fellow for 2019. His work has played at various festivals including ImagineNATIVE Media + Arts Festival, Images, Wavelengths, Ann Arbor Film Festival, Sundance, and Projections and been part of exhibitions at LACE, Disjecta, Counterpublic, the Whitney Biennial, and the Front Triennial. He currently teaches at Simon Fraser University in Vancouver, B.C.

This exhibition will feature many of his videos from the past six years as well as a new multi-channel installation, and recent photo and text based work. A publication designed by Nate Pyper will accompany the exhibition and include contributions by Almudena Escobar López, Sky Hopinka, Michelle Grabner, John Riepenhoff, Julie Niemi among others.